The Difference Between Half SBS 3D and Full SBS 3D

Nowadays nearly all 3D TVs can convert the 3D input in a variety of different formats on the fly to frame-sequential format for display, this saves great effort for 3D viewers. Among the different input formats, side-by-side 3D is definitely the most popular one. SBS 3D can be divided into Full SBS 3D and Half SBS. So what's the difference between Half SBS and Full SBS? If you have no idea about them, read on for details. 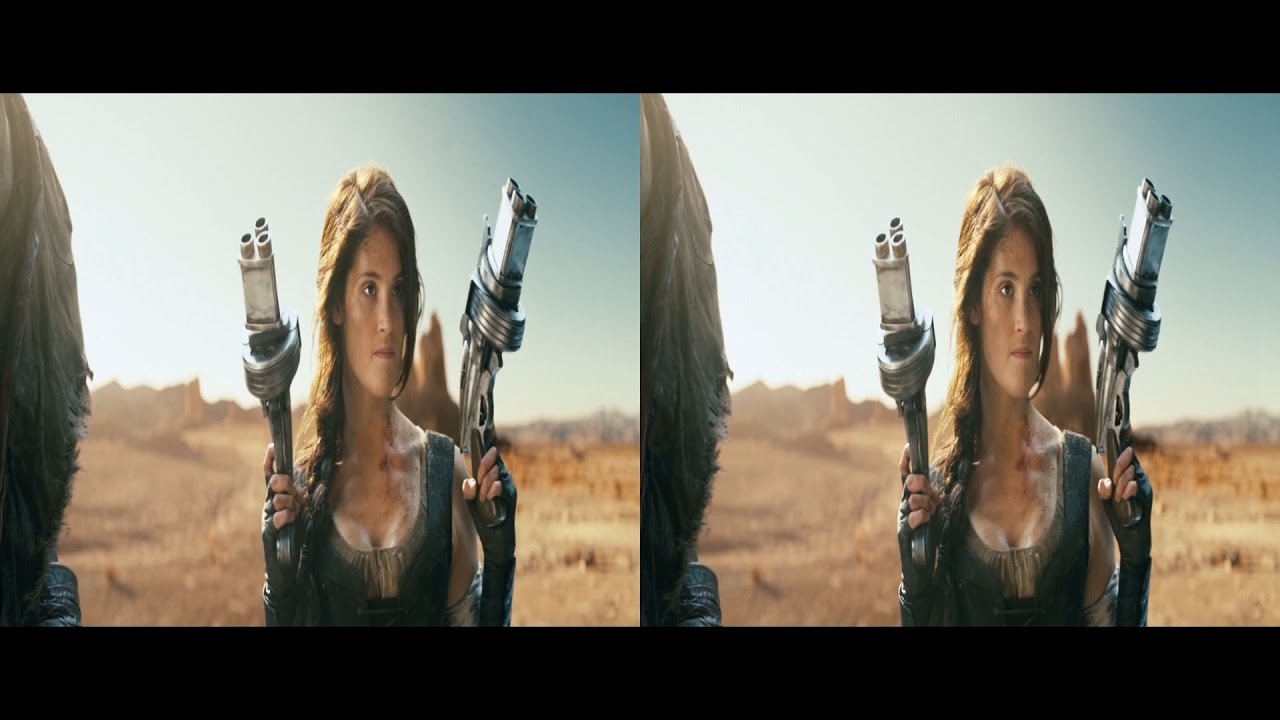 In side-by-side 3D, a full 1080p or 720p frame is intended for both eyes at the same time with two halves on the left and right, and the entire frame for the left eye and right eye respectively scaled down horizontally to fit the left-half and right-half of the frame. For example, for a 720p content (resolution of 1280 x 720), the frame for the left eye will be 640 x 720 and the frame for the right eye will also be at a 640×720 resolution. When such SBS signal is received by 3D TV, the 3D TV will split each frame to extract the frame for each eye, and then will rescale these individual frames to a full HD resolution. Then these individual frames will then be displayed alternately in a frame-sequential manner which is in sync with your active shutter 3D glasses.

The Difference Between Half SBS 3D and Full SBS 3D

Half Side-by-Side (SBS), means the left and right views of a 3D video are subsampled at half resolution and you get a backwards compatible full frame.

Now with Passive TV’s in 2D they are Full HD 1920 x1080P
In 3D because of the Polarized Glasses you only see,
Half the Horizontal Res of Left Eye and Half for Right Eye 540P

The difference in quality is that you are seeing half the horizontal resolution in each eye with half-SBS than what you see with full-SBS. As 3D stereo parallax is necessarily horizontal, the reduction in horizontal resolution reduces the depth discrimination: not the perception of total depth but the ability to discriminate between objects that are slightly different in depth.

The half-SBS was the necessary format for YouTube 3D, until it added the capability for half OU: half Over and Under. This is superior for 3D stereo perception because the full HD horizontal resolution is retained, and the vertical resolution is interlaced between right and left, adding up to a perception of fuller resolution than the actual halving would suggest.

Currently, the functionality of 3D in YouTube seems to be limited to the now abandoned Internet Explorer 10 and to those with a graphics card by nVidia that drives active 3D frame alternation. It appears that Google has given up on 3D. I don't know why. It is a mature and highly capable technology.

Advantage and Disadvantage of SBS 3D

It's clearly that the disadvantage of SBS 3D is the halving of the horizontal resolution of the image. And the quality of SBS 3D won't be as good as sequential 3D content. But this is not pretty much noticeable and won't affect 3D enjoying very much. Why SBS 3D is popular despite a downgrading of the output quality? For the advantages overweigh the disadvantage. First, SBS 3D uses the same bandwidth as regular HD content, so it can be transmitted in the same way that current HD signals are transmitted. It is suitable for cable or air television, and also can be used in most of TVs (and some projectors). As a result, you won’t need an expensive set-top-box replacement for viewing 3D content. Besides this, SBS 3D is a nice way for you to copy and backup your 3D BD. With SBS 3D output, your backup disc can be decreased to a half size (or even smaller) of the source 3D to save you money.

Instead of buying packs after packs of commercial 3D Blu-ray movies, why not create SBS 3D videos easily from your regular 2D Blu-rays, DVD discs or other videos? If you're looking for an easy-to-use yet powerful tool to convert your media files to SBS 3D video, EaseFab Video Converter Ultimate (available for Windows and Mac users) is highly recommended. The best 2D to 3D video converter can be easy-to-use and generate our own cool Side by Side 3D, Top and Bottom or Anaglyph 3D movies for impressive video experience efficiently. When you get the 3D videos, you can watch the 3D videos on any 3D TV with 3D glasses, VR headsets at will.

You also have a couple of output options to choose from, including video encoder, audio codec, frame rate, video size, bitrate and sample rate. This 3D Video converter has a number of extra features such as title and chapter selection, subtitle adding support, video trimming, cropping, merging, and a number of video filters such as deinterlacing and grayscale. 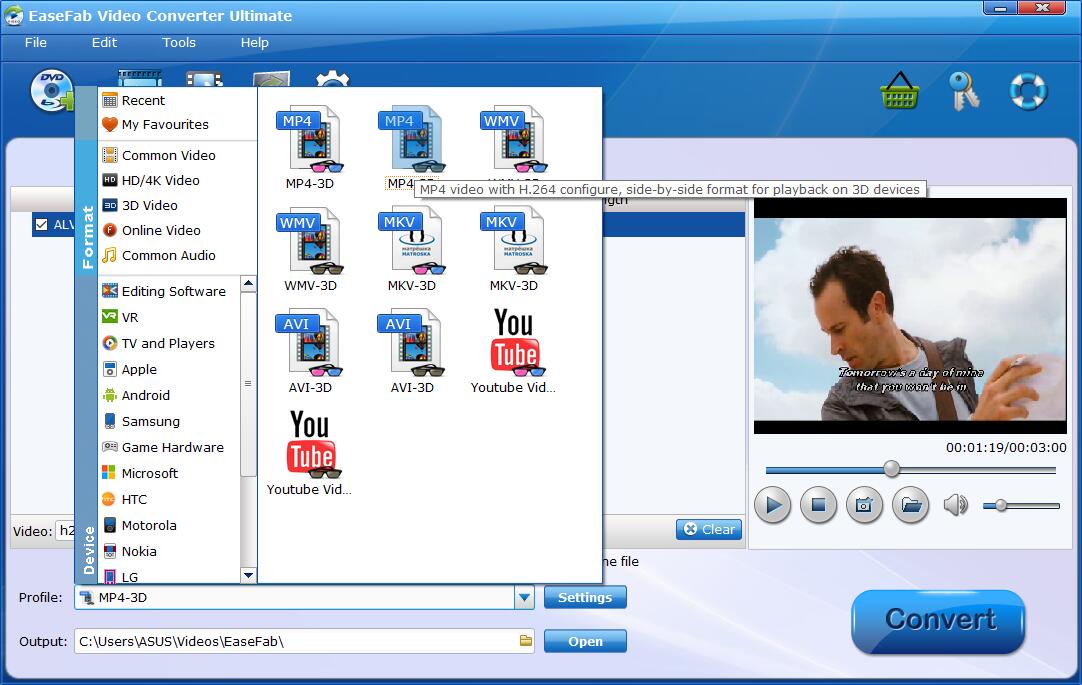