Sony Vegas is a good software to edit video clips from camcorder or camera on your Windows (Windows 10 included). But if you are an experienced Sony Vegas user, you may learn that it is not so easy to import MTS into Sony Vegas Pro (incl. Vegas Pro 18). Sony Vegas ought to accept most of the popular HD cameras or camcorders, such as Canon Vixia HF G20, Panasonic HDC-HS30, Canon VIXIA HF200, which capture videos in MTS or M2TS format, but sometimes you may get error messages like "chappy frams at the end of the 2GB footage", "unreecognized file format", "Vegas crashed after the file is imported" when you're trying to edit MTS files in Sony Vegas Pro.

How to import .mts files to Sony Vegas Pro without any problem?

Since its invention in 2006, MTS has been used to record high-quality video on AVCHD camcorders. AVCHD is extremely common, and is one of the most popular consumer camcorder storage formats on the market. Actually, AVCHD is more than just MTS or M2TS files, it's a whole storage system. It defines a set of folders and files to allow a camera to quickly read and write information about video clips in such a way that if you lost power suddenly (like a dead battery) you don't ruin the whole thing.

Possible Solution: Ideally you want to preserve that whole folder structure for maximum compatibility, and not just import the single MTS files to Sony Vegas Pro.

The best method to avoid any problem and save time is to convert MTS footages for Sony Vegas Pro. To do this, you're recommended to use the easy-to-use yet powerful video converter and decoder - EaseFab Video Converter, a lossless procedure that just changes the way in which your audio and video are stored inside the file, or potentially convert MTS to an editing codec like DNxHD, which Vegas should have no problems with, even on older hardware.

To solve MTS or other incompatible issues, you're suggested to download and install EaseFab Video Conerter on your computer first. The process is straightforward and only with a few simple clicks, you can finish the conversion without facing any glitches. Below is a simple tutorial on how to convert MTS to Sony Vegas Pro compatible format for further smooth editing.

Step 1: Install, and launch the MTS to Sony Vegas converter and click the "Add Video" button to import the MTS videos to be converted. You can also directly drag and drop your video files to the program. Batch conversion is supported. And this program can convert & process footage in virtually any format, incl. hevc, h.264, mp4, mkv, avi, wmv, m2ts, avchd, in whatever resolution or codec. 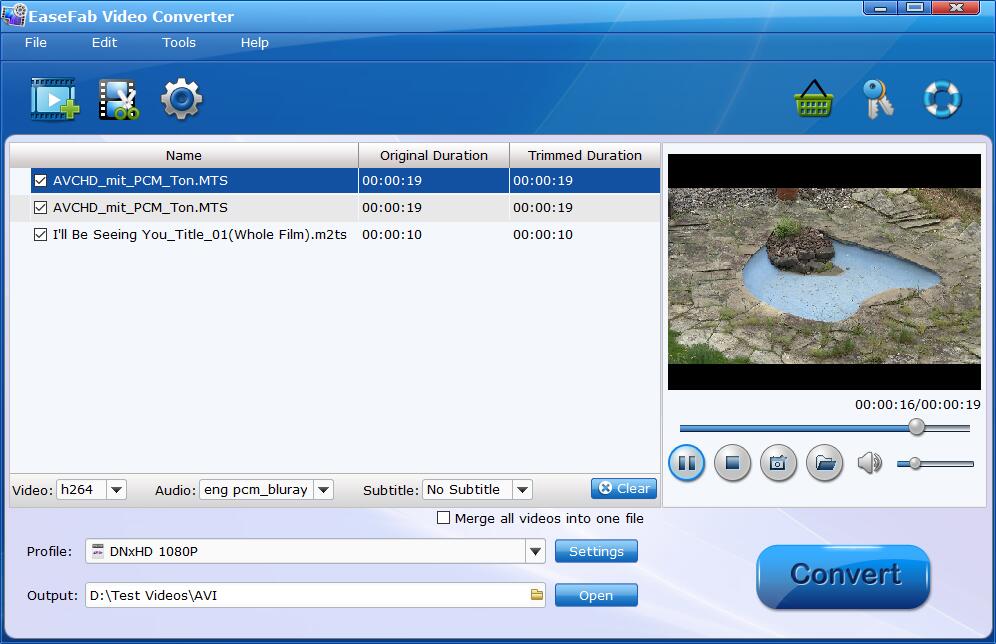 Step 2: Click "Format" bar and move mouse cursor to "Editing Software" category. Here you can select "MPEG-2" as the output format. Also you can choose "DNxHD" codec for converting MTS to Sony Vegas. Optionally, you can click the "Settings" button to adjust frame rate, resolution, bit rate, and more. 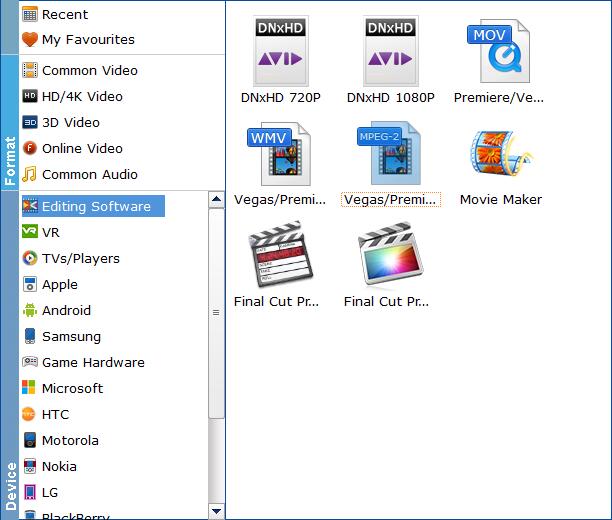 Tip: You can cut, crop, merge, rotate and make some easy video edits in a linear manner with EaseFab Video Converter.

Step 3: Hit the big "Convert" button and it will begin fast video decoding, conversion and processing your MTS footage at one go. That's all you are required to do. In fact, this video converter can help you do more.

Once the conversion completes, you can click "Open" button to import the generated MPEG-2 or DNxHD files from the source MTS files to Sony Vegas Pro. Now your edits will fly.

How to Convert and Import MTS File to iMovie

Trouble import single mts files to iMovie? Follow this article to find out an easy way to fix this error.

How to Fix AVCHD MTS and DaVinci Resolve Incompatibility Issues

How to Work with MTS files in PowerDirector

Trouble importing MTS files into PowerDirector for editing? Slow choppy playback of .mts format in PowerDirector or no audio with .MTS video? Simply follow the best solution to fix these problems.

How to Convert MTS to Use in Pinnacle Studio