To expand your GoPro experience by offering the best way to import and playback your GoPro media and makes it easy to create your own engaging GoPro videos to share with the world, GoPro provides a dedicated software tool called GoPro Studio to accomplish this task. GoPro Studio software make GoPro media edits more easy than before, however, when trying to import GoPro media files to GoPro Studio for post-production workflow, there are so many issues such as keep on crashing problems, freezing on startup, very sluggish running or files failing to convert in GoPro Studio, etc. Go to the point, in this page, I will introduce you a GoPro Studio Alternative as there are many issues around the GoPro Studio. First let's look at the GoPro Studio issues when import, editing videos:

Q1: GoPro Studio won't import video, only has audio
If I import a video, off of the hard drive, I can see the preview has video, but when it comes into GoPro Studio, it only has audio. Outside of Studio, the unedited video plays fine in VLC/QuickTime and Windows media player. I have uninstalled Qtime and Studio and re-installed to the same issue.

Q2: GoPro Studio crashed
I have bought the GoPro Hero 4 Black, recorded footage 6,5gb saved to laptop. Downloaded GoPro Sutdio software to edit the footage but it always crashes during transfer?? Anyone use other better software? Thanks.

Although GoPro has provides many technical articles to show you how to fix those issues in various different aspects, however, it will waste you a lot of time and energy to test and fix them one by one. Why not find a GoPro Studio alternatives to easily eliminate all those annoying issues?

As GoPro Studio can both process video editing and converting, it is ideal for you to find a software with the same capability. There's a solution in hand called EaseFab Video Converter for Mac, as one stop media entertainment solution tool, you can use the program to play GoPro media, convert GoPro media to various popular file formats for device playback, program editing or YouTube uploading.

As an all-in-one video converter, player and editor, the smart tool allows you to trim GoPro media clips to cut off unwanted parts, merge separate videos into one, crop video file size to remove the black bars, add image/video watermark to protect video, apply special rendering effect, etc. What's more, this video app is also professionalized in converting videos in all formats, including GoPro (4K) MP4, MTS, MXF, AVI, MKV, FLV, MPG format and make them best compatible with YouTube, Vimeo, Final Cut Pro, iMovie, Galaxy Tab and more video sharing websites, professional editing programs and portable media devices. If you are running on Windows, EaseFab Video Converter is right for you. Download the program and follow the step-by-step guide below to see how the workflow look like.

How to use GoPro Studio Alternative to edit/convert videos

Launch the alternative to GoPro Studio and import videos from GoPro or other source to the software. Batch conversion is supported.

Click the "Format" icon, and then find the video format you want. As you can see, various video formats like MOV, MKV, FLV, WMV, AVI, etc. are provided. You can also choose the icon of iPhone, iPad, iPod, iMovie, Final Cut Pro, Samsung, Android, etc. to get videos with best settings for the selected device/software. 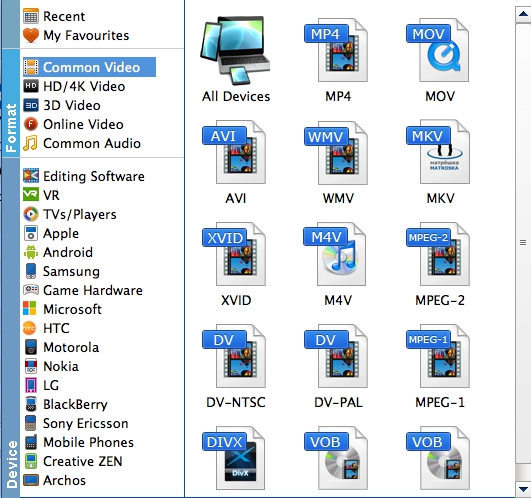 Step 3. Edit your GoPro or other videos 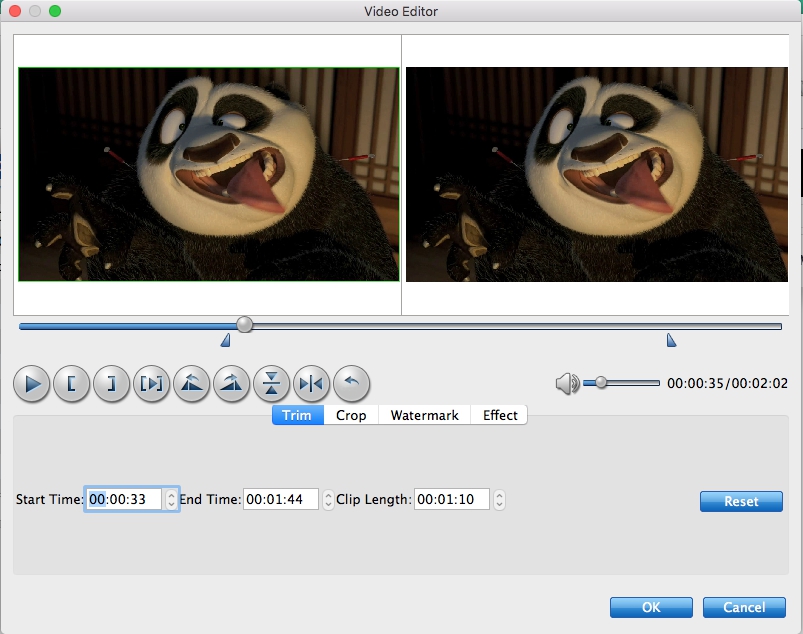 After all the settings are OK, click the "Convert" button to start converting videos with ultra fast speed. After the conversion, just click Open button to locate the output files. You can now use your converted video files anywhere you want them.