How to Play MPG files on Mac OS X

MPG is a file extension of MPEG-1, MPEG-2 codec, while MPG file can be found in lots of storage media and platforms. For example, you may have recorded some MPG files with your camera at a party. There are some instances that you might want to play MPG files on Mac or Apple products like iPad, iPhone or iPod. Unfortunately, the official Apple QuickTime player doesn't support an .mpg file on Mac natively. However, you can install some plug-ins to boost QuickTime's native file support for a large number of media formats such as the MPG file. Now I'll share the top 3 ways with you so you can easily playback the VOB files on your Mac OS X (EI Capitan & Yosemite included) without any trouble.

PS: Countless users of Mac and other Apple products regularly face problems while trying to play non compatible file formats such MPG. The problem occurs when trying to play MPG format files on Mac because of different types of codec issues and the fact that there is no description available for MPG format files on Mac. If you usually feel frustrated when you try to play MPG file on Mac OS X, here are the top 3 solutions:

To convert MPG to Mac compatible MOV, M4V or MP4, the professional yet easy-to-use EaseFab Video Converter for Mac (EI Capitan and Yosemite compatible) is a necessity. By installing of this kind of application, you then are able to play MPG files on Mac as easy as ABC. It helps you to change MPG format to Mac friendly format quite fast, while maintaining the good quality of the videos. Besides, there are many optimized presets for iPad, iPhone, iPod Touch, Apple TV, Final Cut Pro, iMovie, etc. which of course saves your time and energy in the process of video conversion. See more tips below.

Step 1: Drag the MPG files onto the interface.
Step 2: Choose any format or device you want (most popular format or devices are also supported here).
Step 3: Simply hit Convert at the lower-right corner of its interface.

Solution 2: Use Perian Plugin to Play MPG with QuickTime 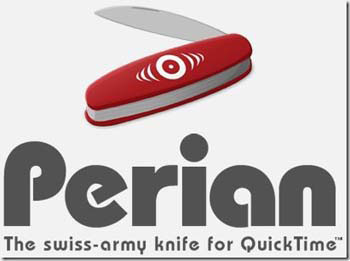 In addition to the video converter you can also use a free QuickTime component such as Perian. Perian is one of the most popularly used free QucikTime components to provide native support to a wide variety of file formats such as MPG. However the biggest limitation of using Perian is that it can be only used on Mac OS Snow Leopard. Moreover the latest version of Perian, 1.2.3 requires installation of QuickTime 7 which is not available for other Mac OS apart from Snow Leopard such as Mountain Lion.

What you need to know before downloading Perian:
1. The latest version 1.2.3 of Perian doesn't work on Mac OS X Mavericks, let alone Yosemite and Mac 10.11 EI Capitan because Perian requires installation of quicktime 7, which doesn't exist for Mavericks and above. It also doesn't work on Mac OS X Mountain Lion.
2. With a Mac running Mac OS X 10.7, say, Lion, you have to downgrade to the previous version, say 1.2.2. The version of 1.2.3 of Perian does not support QuickTime 10 in Lion and fails to fix the loss of audio after one second in xvid files with ac3.
3. Before installing Perian, you need to remove all QuickTime Components installed on your Mac, like FFusion, Xvid Delegate, 3ivX, DivX, DivX Decoder, XviD, msmpeg4v1, msmpeg4v2, AviImporter, EX_M4S2, Casio AVI Importer, AC3 Codec, and MatroskaQT.
4. For a Mac running Lion or Mountain Lion, converting MPG video to QuickTime is highly recommended. 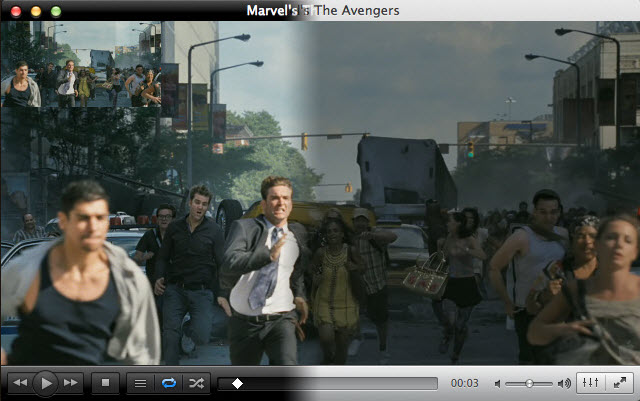 Apart from using the video converter and Perian you can also use a universal media player such as VLC player to play various types of file formats such as MPG on Mac. The VLC player works seamlessly on Mac and can be used to convert MPG format files into a format of your choice. However for seamless functioning you must ensure that you download Front Row which will allow you to import the MPG files into the VLC player for conversion. But you will not be able to transfer the converted files into other Apple products for playback.