How to Get AVI and Xbox to Play Nicely

Back in 2007, the Xbox 360's multimedia update have added support for AVI files. However, many people have complained that when they try to play AVI files on Xbox 360 or Xbox One, they are prompted with the following error message "Can't play this content because it may not be supported". In fact, An AVI file is a multimedia file or container used to store video and audio streams. The Xbox One and Xbox 360 only support AVI files encoded with DivX or XviD codec. If the codecs are not within the list of its supported codecs, your AVI files will be rejected by the console.

Fortunately, there is an easy and effective way to fix the problem. Actually, it's not as difficult as you imagine. What you need is just a common video converter like EaseFab Video Converter. This program features high efficiency and seamless conversion. With it, you don't need to know what is the audio or video codec in the AVI format that'll be best for your Xbox. You need to choose the among the optimized presets for Xbox One or Xbox 360 and this program will do the rest for you. A while later, the video conversion will be finished and you'll be able to stream and watch the awesome AVI media content on Xbox One/Xbox 360 without having to compromise on the quality.

Just download, install and launch this great Xbox video converter and then follow the tutorial to play the AVI file on your Xbox One or Xbox 360 smoothly.

How to encode AVI to Xbox 360/Xbox One

You can either press the "Add Video" button on the top-left hand corner of this interface or directly drag-and-drop your AVI files from the computer onto this program. The uploaded files will be neatly stacked up on the interface.(Note: batch conversion is supported, so you can load more than one file to save time.) 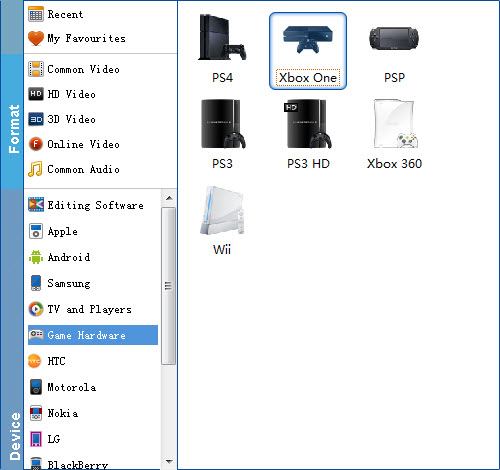 At this point, you can change the output filename or output path if you wish. If you feel satisfied with your options, Just hit the Convert button to activate AVI file to Xbox conversion.

When all conversions completed, you'll get a pop-up notice. Just click "Open Folder", you can fast find where your converted files are saved. Now you can stream and play the incompatible AVI files on Xbox 360 or Xbox One with ease.

Additional Tips: So what's in my AVI file anyway?

Let's just take a moment to check out what is in your AVI file that the console needs to be able to play. For this you will need to install AVICodec, a freeware multimedia file analysis tool. The picture to the right of this text shows a re-sized screenshot of AVICodec when you first run it. As with any pictures in this guide, you can click on it to enlarge it if you cannot see it properly.

In order to check an AVI file, simply drag it from a folder and drop it inside the white space on the AVICodec application, or click Select and navigate through your HDD until you find the AVI file you want to check.