Why Does My MP4 File Have No Sound? 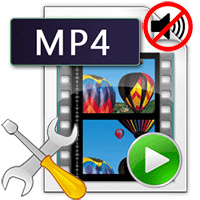 As a quite hot file extension, MP4 is widely used for saving media data and can be found in lots of places online or off line. In most circumstances, an MP4 video file is supposed to be universally compatible across all platforms and operating systems. But, the Murphy's Law has gone into effect once again and you know what that means. Yes, the MP4 file has no sound. Don't panic, as every problem has a root cause that you will be able to determine by using this handy checklist and there are many solutios out there that can solve MP4 file no sound problem perfectly. In this article, we'll show you top 3 causes of MP4 having no sound and recommend a simple diagnostic action.

While it won't cost you anything to try and fix the problem of muted MP4 files by yourself, you will probably have to spend at least half an hour troubleshooting but in the end you will know the true cause of your MP4 file having no sound. And below are three portable top 3 causes of MP4 having no sound.

Codecs are little pieces of code sitting in the operating system and activated only when a certain multimedia file or a video game asks for them to be activated. If a specific codec isn't present or isn't working properly, the associated media file or function won't be able to activate. This can result in anything from video artefacts only in certain resolutions to sound distortions. Unfortunately, from time to time, software simply fails and there is nothing you can do to prevent it. Another problem is that codecs are considered non-essential and are generally up to the user to download and install.

Missing codecs will almost always be noted by the media player when you try to open the file that asks for them. The solution to this problem is fairly straightforward and involves downloading and installing the K-Lite Codec Pack by going to this link and clicking either of the links shown below. 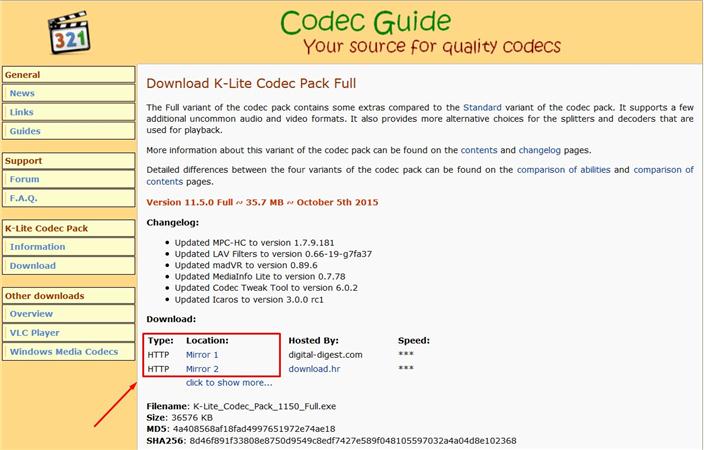 This is a comprehensive package containing all the possible media codecs for playing even the most obscure file formats properly. Once you download the K-Lite Codec Pack, simply install it using the default installation options and restart your computer.

Things used to be so simple when it came to installing software 10 years ago. Those were the naive times when the user had full control over his own computer. Today, operating systems are locked down to the point of barely functioning, which can even impair the operation of media players. In other cases, botched installations or unrelated updates can create a jumbled mess out of your trusty media player. In such case, you can try reverting to a previous state by using Windows System Restore. Otherwise, if one of the abovementioned media players seems to work much better than the one you've previously used, it's probably a good idea to switch to it.

"He's dead, Jim". The file has been corrupted beyond recovery and there can be any number of reasons why this happened. As always, the best approach is prevention. Ideally, media files you don't want to have corrupted will be backed up immediately upon recording to a cloud-based storage service. Or you can also attach the file to an e-mail and send it right back to yourself.

Alternatively, if you've got your file through conversion, download and install EaseFab Video Converter, which is a versatile combo product with inherent editing and media reproduction capabilities.

As mentioned above, it could be any piece of software on your device that's causing the problem or even the file itself could be corrupted beyond repair and it's simply impossible to know what's the cause in advance. While possible in theory, these cases mentioned above are extremely rare in practice and you shouldn't be trying to fix them yourself anyway.

The following section will recommend a simple diagnostic action and, based on the results you get. If absolutely all solutions listed here fail, then it's most likely a hardware error and you ought to back up your personal data and take the computer to a licensed technician for repair.

1. Can the file be played in other players correctly?

Try playing the MP4 in several media players on your computer and see if the problem is reproduced. If you don't already have an alternate media player, here are a few free recommendations.

Download VLC Player by going to this link and clicking the big orange button, as shown in the picture below. 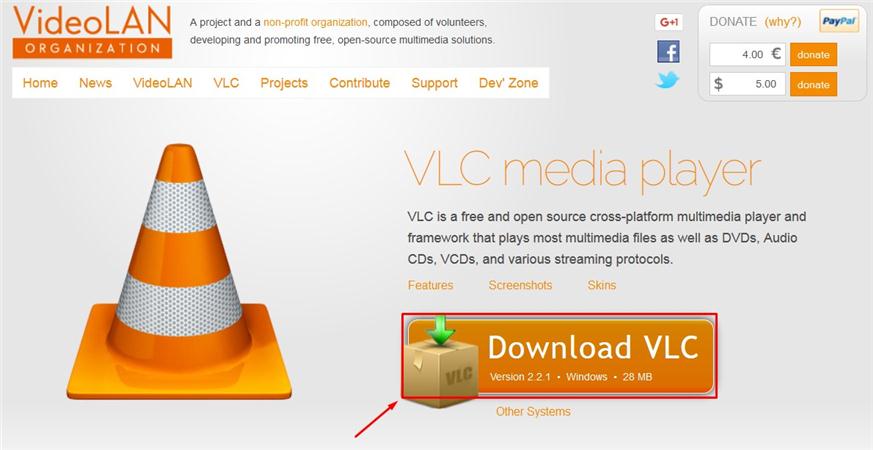 GOM Player can be found here, and its download is initiated by clicking the button shown below: 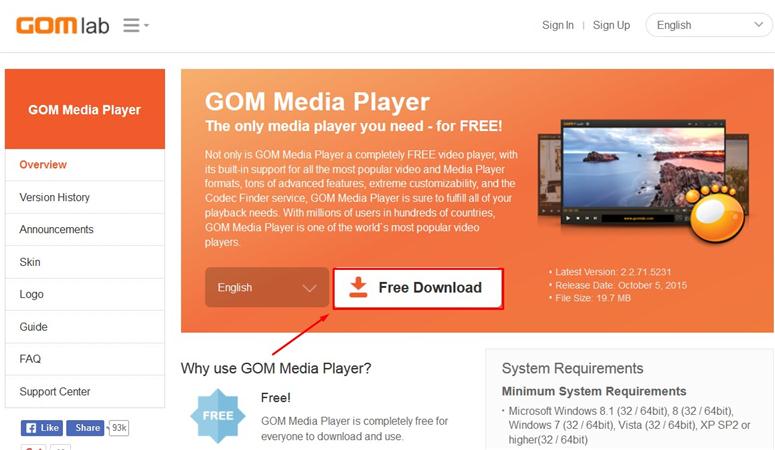 Finally, you can get the MPC-HC player by clicking here, and then clicking the button shown below: 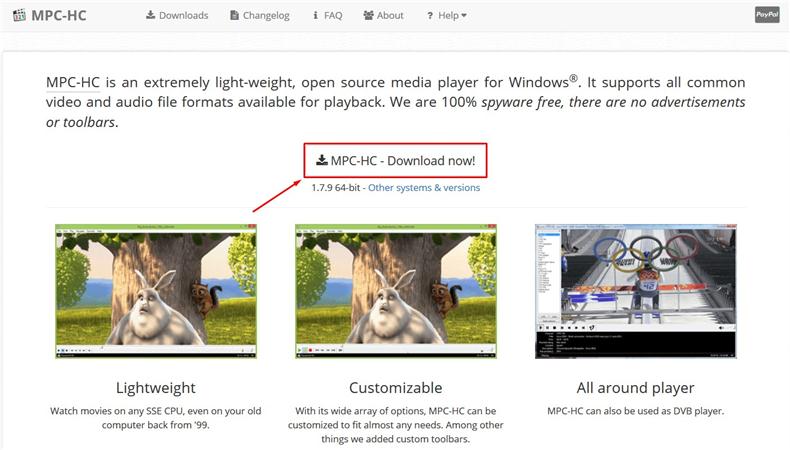 Now, try playing the problematic MP4 file in any of the above players. If the file doesn't have any sound in these other players either, note if there is an error message displayed when you try to play the file. If there is, it's most likely Cause #1. Otherwise, it's Cause #2.

2. Is that MP4 file the only without a sound?

Next, try to see if you have just a single MP4 file that's giving you problems or it's more than one. Make sure to check several MP4 files that you're certain played correctly in the past and check them all in a single media player. If there is just one file that's giving you a problem and the others work just fine, then it's most likely Cause #3. If all MP4 files suddenly refuse to play sound or function at all, it is most likely Cause #2.