HandBrake is probably the best free-to-download open-sourced DVD ripper and video converter that you can get today. However, there are still many people looking for an alternative to Handbrake. Why? That's because Handbrake has its limitations, for instance, it cannot rip encrypted DVD movies with the third party software and the output video formats are refined to MP4 and MKV. If you're in such a situation, you've come to the right place. In this article, we will share the top 10 best alternatives to Handbrake, which can help you convert videos, rip DVDs without any trouble and limitation.

First of all, let's take a look at Handbrake limitations and problems that commonly occurred in detail.

EaseFab Video Converter Ultimate is considered to be the most outstanding Handbrake alternative. It's an all-in-one video, DVD and Blu-ray solution. With it, you can easily convert videos in 1000+ formats and rip DVD/Blu-ray discs quickly and easily, regardless of the copy protection, Besides, the Ultimate program provides a substantial collection of optimization profiles that tailor your conversion for nearly any device you're likely to own. This software is available for Mac as well as for Windows users and it also allows you to adjust technical aspects of videos, such as codecs, aspect ratios, bit rates, frame rates and more, before you convert your media files. Moreover, it includes a basic video editor you can use to trim away unwanted footage, crop video, add subtitles, watermarks, etc. Overall, its fast conversion time, high-quality output and extra features make it the perfect choice for video converter and DVD/Blu-ray rip and backup software. 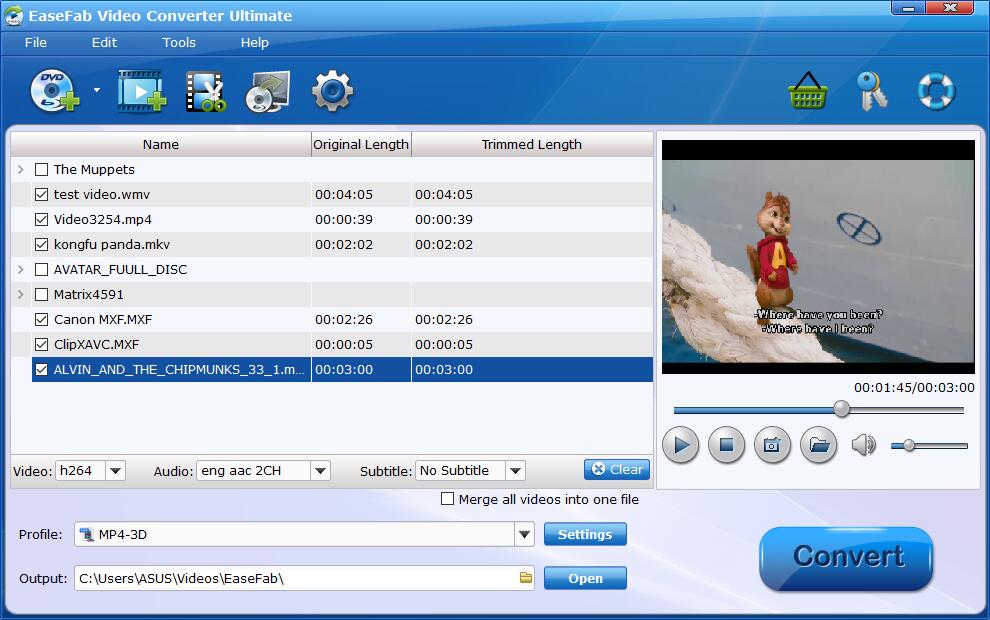 Format Factory is another alternative to Handbrake. As a media file converter, it supports the conversion of all popular videos, pictures and audio files to a number of other formats, and can repair damaged video and audio files. Format Factory also supports the file formats used on your iPhone, iPod Touch and iPad devices. This converter is an expert in even converting the images formats as well from one to another. It lets the users change the formats of their images that are in TGA, JPG, PNG, BMP, TIF, ICO, and GIF.

Note: The installer includes potentially unwanted programs, you should note to deselected them. 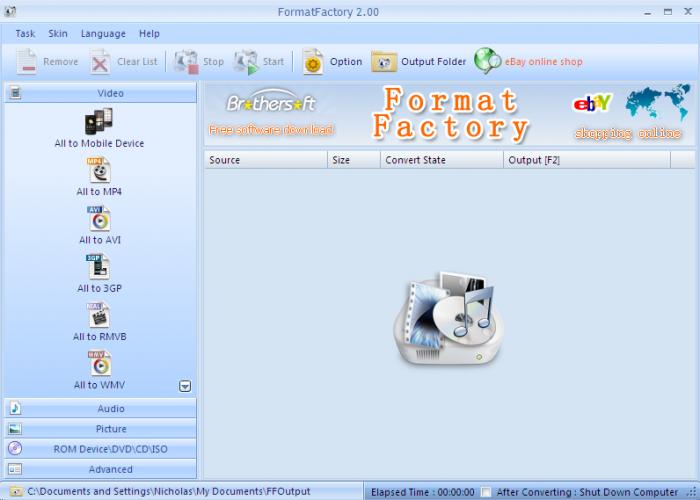 Freemake Video Converter is a multi-functional converter program. It works on Windows Vista, XP, 7 and 8. It is able to convert videos in various formats, rip unprotected DVDs to common formats/devices as well as burn DVDs. However, the Freemake Video Converter is not supported by Mac system. Thus people have to seek for a Freemake alternative for Mac. Plus, the software is bundled with adware and possible malware. Be careful when using it. 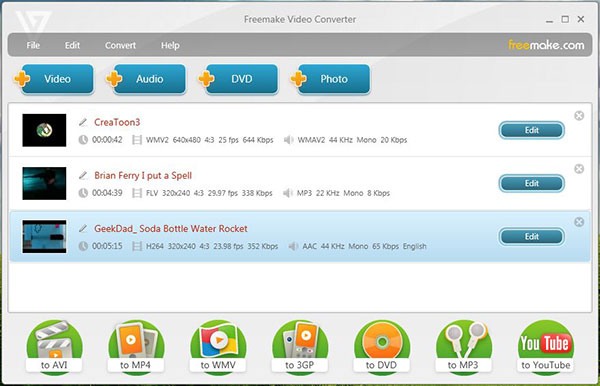 DivX is available for Windows and Mac computer to convert their videos in other formats. This software can help you convert videos into different formats so that you can play them on various devices. It also streams your videos to other devices including DivX, MKV and up to 4k videos. Overall, the program is also great alternative to Handbrake for encoding video files. 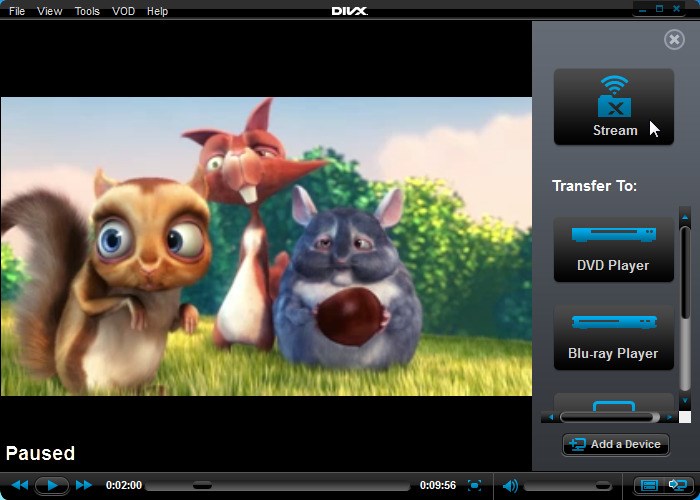 Any Video Converter, also known as AVC, is advertised to be able to convert almost all video formats (200+ formats in total). Just like other Handbrake alternatives, AVC is not limited to convert videos. It can also edit videos by cutting, cropping, download videos from YouTube and other 100+ sites, and record videos. But compared to WinX HD Video Converter Deluxe, it is a bit behind in upgrading to support new devices, such as iPhone, Apple TV 4, and iPad Pro. 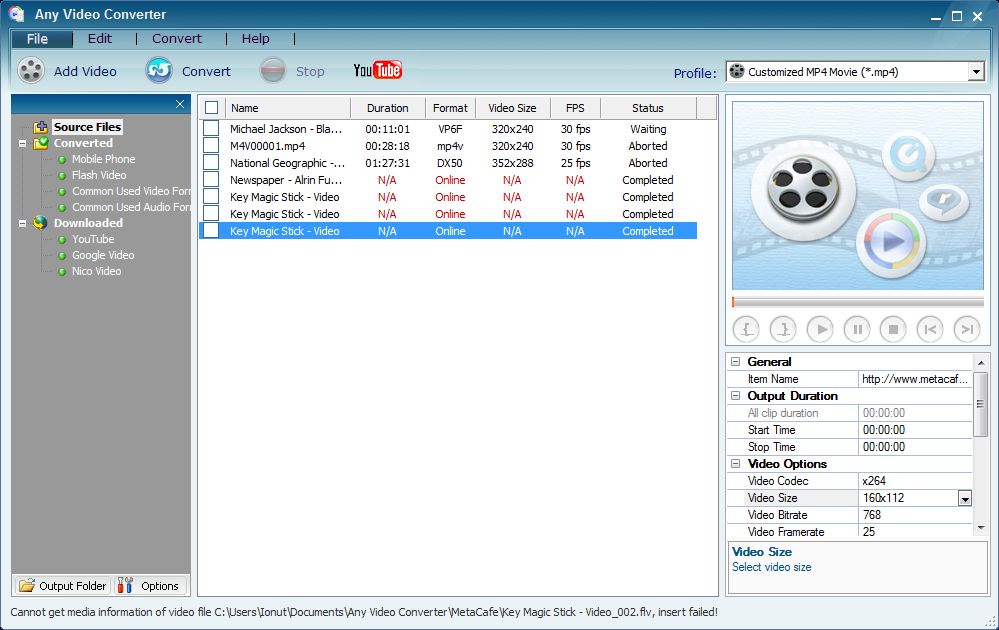 Adapter is a free software to convert videos on mac and computer in other formats. This software can convert videos, audio and images as well. While converting your videos in other formats you can view preview of the output of videos by using this software. It supports batch conversion process so you can convert more than 1 video at the same time. In the editing function this software enables you to trim your audio and videos. 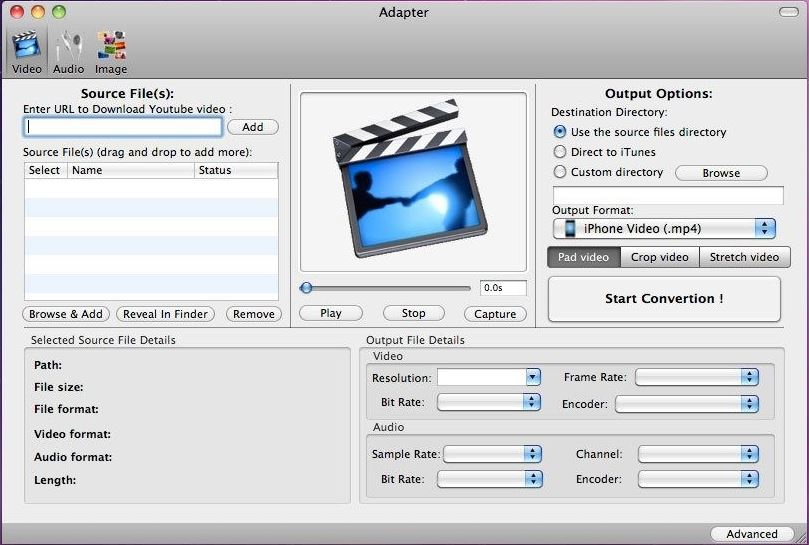 SUPER is a free video and audio converter to convert from tons of formats to other tons of formats easily. By using the SUPER, users can even change the format of their media files to those formats that are supported by the Android, BlackBerry, PC and other operating systems and media players. From converting to recording and playing, SUPER is integrated with latest features and functions. 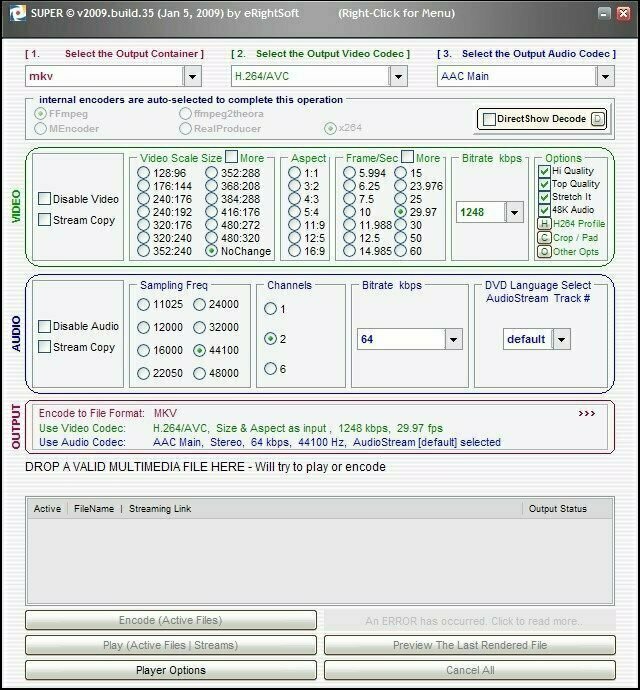 File Converter, as its name implies, is a tool that allows you to convert and compress one or multiple files into the file you want. It supports converting videos, audios, images and also documents. You can check the supported output video/audio formats below: Prism Video Converter is a simple and easy2use converter for converting all audio and video formats including MP4, AVI, MPEG, MOV, FLV and tons of others. The technical functions and features of Prism Video Converter are support for almost all formats, convert from one to another easily and simply, adjusting video settings before conversion, preview before converting videos, DVD conversion system, perform conversion without losing voice and video quality, support for tons of audio and video formats and much more. After converting the audio or video files, users will be able to play them on any of their device or favorite media player they will surely get a smooth running of their media files. 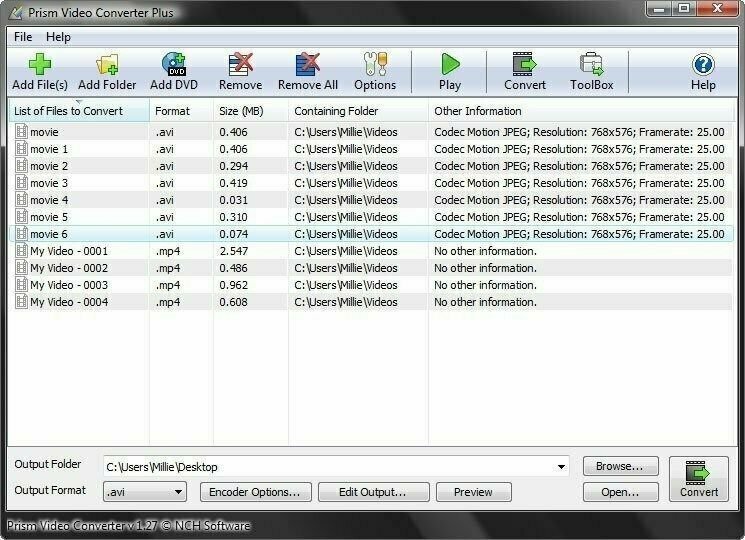 Editor's Note: If you are tired by using handbrake and looking for the alternative to Handbrake, then we hope you got help with this guide. In short, we have discussed the functions and features about the 10 software above. After discussing, we can say that EaseFab Video Converter Ultimate can be the best alternative to Handbrake. This software is the only one in all 10 which supports almost all audio video formats and it is a complete video tool which meets all your demand in one place.