The iPad's big, high-resolution screen and long battery life make it the perfect entertainment device for watching TV and movies on the go. There are apps for you to watch movies from your own collection and there are even services that let you watch live TV on your tablet. But what if you wanna play a Blu-ray movie on iPad when you have a journey? It's easy if your Blu-rays come with digital copies. If not, you can purchase digital copies online. But if you don't want to spend extra money on movies you've already paid for, you can use a Blu-ray to iPad converter to rip and copy Blu-ray to iPad playable formats on computer, and then transfer the digitized Blu-ray to iPad.

There are many software tools out there that allow you to copy Blu-ray to iPad. If you don't want to be held back by restrictions and slow processing, EaseFab Blu-ray Ripper will be your best choice. This Blu-ray to iPad converter is available for Windows 10, 8.1, 8, 7, etc. And it has a Mac version compatible with macOS Big Sur and lower. Its features include but are not limited to:

Part 2. Guide - How to rip and copy Blu-ray to iPad in a few clicks

To begin with, you need to download and install EaseFab Blu-ray Ripper Windows or Mac version on your computer. The guide below takes the Windows version for an example. Mac version has the same process. Please note that a Blu-ray drive is necessary for ripping Blu-rays.

Insert the target Blu-ray into the BD drive that have connected with your computer. Launch the Blu-ray to iPad ripper, then click "Load Disc" button to load the source Blu-ray disc. This software will select the main movie automatically. You can also load DVD, ISO image or BDMV folder or DVD folder into the program for conversion.

Click "Profile" bar and move mouse cursor to Apple category, choose an iPad profile based which model you use.

Tips:
1. Optionally, you can choose desired subtitle or audio track from the corresponding drop-down Audio or Subtitle lists. You're also allowed Add *.srt/*.ass/*.ssa Subtitle to your Blu-ray movie if there is unwanted subtitle track there.
2. You can also click "Settings" button to adjust resolution, bit rate, codec, etc to produce optimal file size. 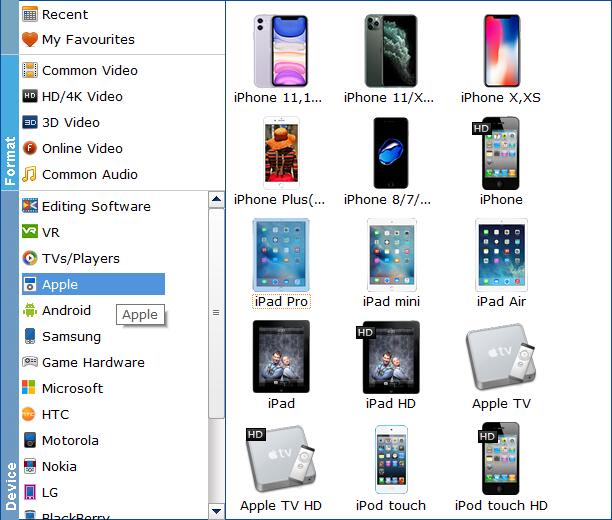 Tap the "Folder" icon in the output bar to specify a folder to store ripped Blu-ray video. When all settings are done, you can hit "Convert" button to get Blu-ray to iPad conversion started.

Part 3. How to Import the Converted Blu-ray to iPad with iTunes

1. Launch iTunes, drag and drop the converted Blu-ray movie to the left side of the iTunes to import the movie into your iTunes Library.
2. Now the Blu-ray movies are stored in your iTunes Library, connect your iPad to your computer via a USB cable.
4. Once connected, the iPad icon should appear on the left side of iTunes under the Devices tab. Click it and go to the Movies tab.
4. Check the Sync Movies checkbox and select the Blu-ray movies you just imported to your iTunes library and press Sync.
5. Now the Blu-ray videos are in your iPad. Open the Videos app on your iPad and select the movie, hit Play and enjoy. 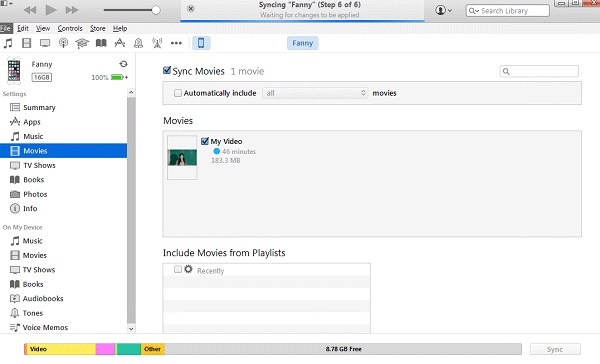